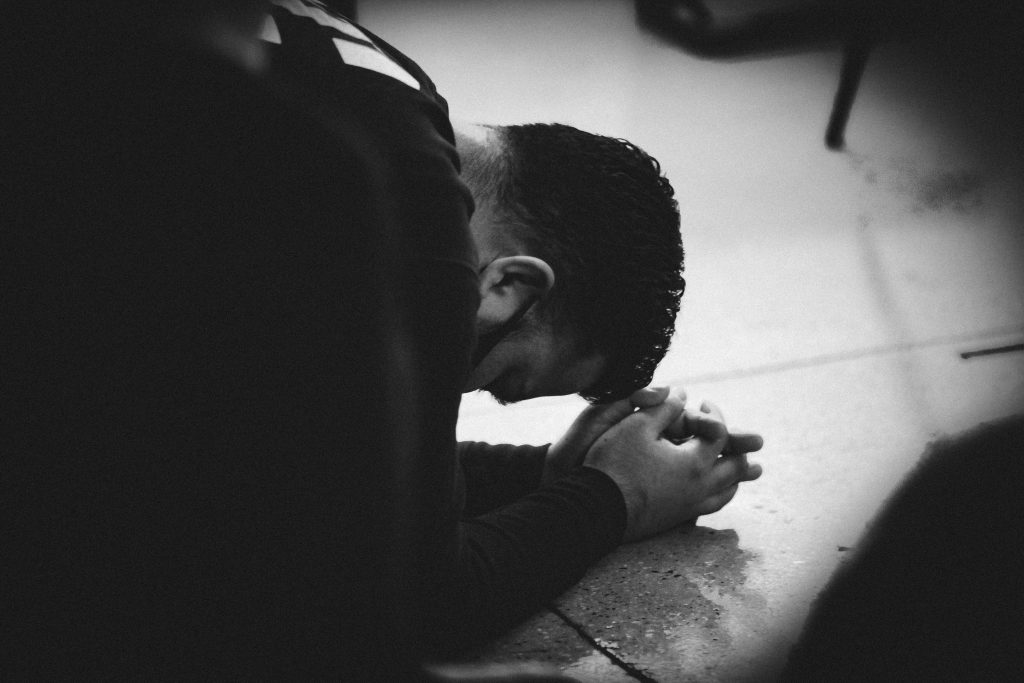 We are a little over halfway through the lent season leading up to Easter, but sometimes the middle can be the toughest part. Not only does this apply to fasting or waiting for Easter to arrive, but we see it in various parts of our lives.

The middle of a book? Gets a little bit boring.

The middle seat on an airplane? Nobody ever wants that.

We find ourselves wrestling through the middle places of our lives, feeling the weight of frustration and numbness. We often hate the middle because we hate the patience and waiting that goes along with it.

As we each wait in the middle of this lent season with anticipation for the Easter sunrise to appear, we can still learn so much from these very moments.

The middle has a lot of wisdom to offer us.

Almost everyone knows the story of Moses, the man chosen to lead the Israelites out of captivity and towards the “Promised Land”, but we often forget about (or never learn about) the time in the middle.

Scholars like to say that Moses’s life was split into 3 different segments of 40 years each. And it is in the middle segment (age 40-80) where Moses found himself just waiting.

At age 40, he killed an Egyptian who was fighting one of his people, and in return had to escape to Midian to avoid Pharaoh killing him for his crime. There Moses married the daughter of Jethro, the Midian Priest and spent his days until God called him to return to Egypt.

Exodus says nothing of the timeline of all of this, so it’s easy for our brains to assume there is a few years of living in exile before Moses returns to lead the Israelites out of captivity. But, we learn in Acts 7 that this is not the case: “When Moses heard this, he fled to Midian, where he settled as a foreigner and had two sons. After forty years had passed, an angel appeared to Moses in the flames of a burning bush in the desert near Mount Sinai,” (Acts 7:29-30).

Similarly we all have sat in the same type of season and now is no exception. We are all in the middle of something.

But, the middle is NOT meaningless. The Lord does His best work in the middle and in the waiting as He prepares us for what is to come.

Had Moses not had 40 years to abide with the Lord and learn His voice, it’s possible he could have missed his call!! Let us not do the same and, instead, go forward knowing that the middle is where God meets us and does some of His best preparation.